Text and Images in DH

One takeaway from Champion’s writing is the definition and thus differentiation between model and simulation. One concern I constantly had for my mapping project is how my map represents “text” into visual. How would I translate the subtlety of written words–which enables different interpretations and mental visualizations (if possible)–and force it into a materialized visual forms? Building his argument on the symbiotic relation between image and text and furthering it with the need for “visualization literacy” (i27), Champion’s explanation for simulation made me realize that visualization will be approached in a similar fashion. It does not have to be a “model,” “a physical or digital representation of a product or process,” but a simulation, “the reconfigurative use of a model to reveal new and potential aspects of a model” (i27).  I thought of my mapping presenting or allowing only one selective aspect of a text even furthered by the fact the selection depends on the choices I make about which to visualize. But this differentiation between model and a simulation allows me to see that my maps will be a simulation that has the potential of another interpretation and that bears the thought of an embedded interpretation. 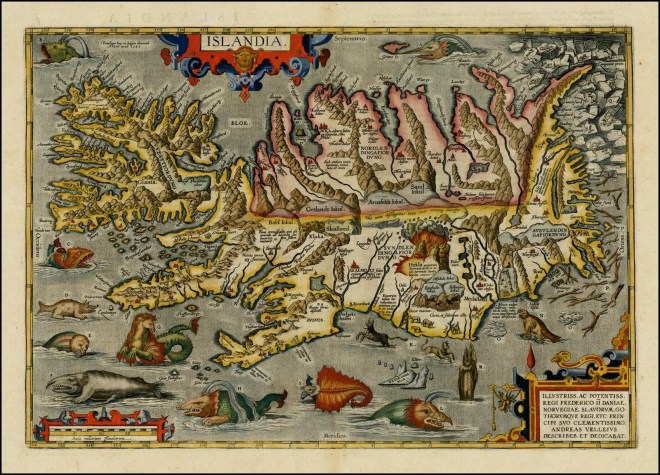 “[A] diagram or collection of data showing the spatial distribution of something or the relative positions of its components.” (Meirelles 115)

The definition of map alone supports Champion’s understanding of visualization of text material. Maps show the “relative” positions. Be it location, scale, movement, temporal relation, etc, mostly it is a selective visual encoding of data element that cannot be simply described as objective nor subjective. On page 127, Meirelles lists categorizes variables of the images–point, line, area, size, valuable, texture, color, symbols, etc. This also reminded me of Posner’s reading of digital humanities and how humanities scholars (should) challenge the grids of the fundamental. What would I achieve, and at what expense, if I chose to depict male monsters in pink and female monsters in black? Is my mapping project an experimental project that questions the “taken-for-granted” or public-accessed and tools for making the text be “seen” in a different medium? 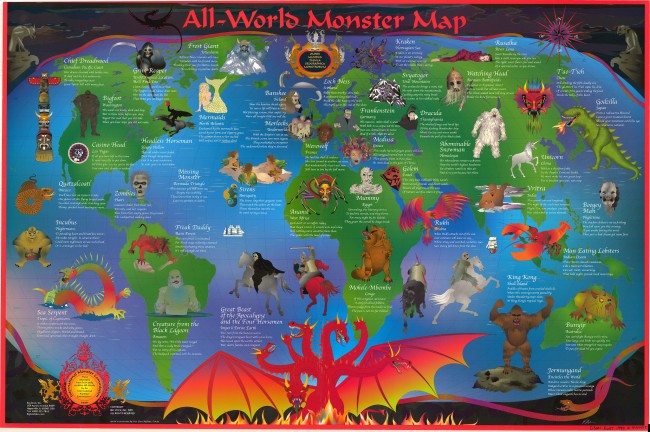 ! Another thing I found helpful was different hierarchical tree types of Cartesian systems. Perhaps use this for esri story map? 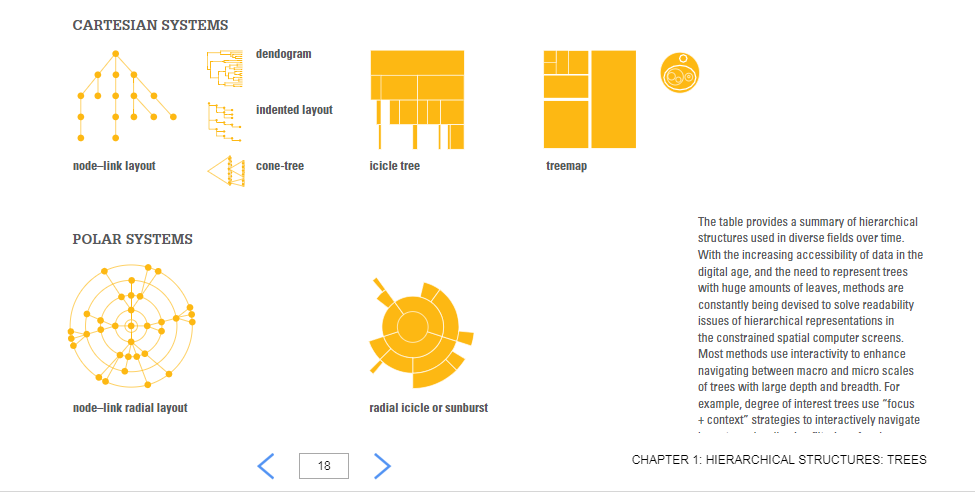