Spatial Representations of “Monsters”: Gender Difference and Its Meaning

: This project was done as a part of a graduate course at Michigan State University. To open the map, ArcGIS is required. Web-based map can be viewed but this map does not allow any group-layer features. Screenshots of the map shows some snapshots of the map.

Monstrosity scale measures how monstrous a character is displayed by each text. I collected every monstrous actions and appearances that is mentioned in a text and used that list to make a scale and ordered/ revised the numeric system considering the context of each. By making a corpus of monstrous action/appearance, I could overcome the difficulty of translating a subtlety of representation of literature to a numeric value. For instance, it could be said that ‘mind controlling’ is less ‘monstrous’ than ‘murder attempt’ at first glance and thus should score a high level of monstrosity. However, when it is taken within the context of the text, say, it leads to a cruel victimization of an innocent person or is described in such a detail that it leads to horrify its reader, these contexts cannot be overlooked by ‘objective’ measures. This is not to say this scale is objective. When considering the ‘context,’ cartographer’s own interpretation of the situation and emotions each display of monstrosity is eliciting are embodied. However, it can be said that it is more consistent and coherent as a whole.

Sympathy scale measures how a character is viewed by other characters and by the narrator. Having a numeric value for sympathy proved to be very challenging. Sometimes, characters differ in their view of the monster characters and the narrator describes the monster in a subtly sympathetic way even when s/he is received as not sympathy-worthy. There are also texts that evoke sympathy in readers not through other character or through narration but with plot itself. It is less uncomfortable for readers to feel sympathy toward a ‘monster’ who haunts her murderer or who hurts one who killed her baby. I included these different levels of sympathy each text arouses in readers to determine how a text depicts monstrosity.

Even when there’s a difference, features that did not have enough numeric value—male monsters’ monstrosity, sympathy scale for both male and female monsters—could not be demonstrated using kriging tool.

Although there is a stark difference between male monster and female monster, adding author’s sex in the comparison enables much further analysis. Although female monsters created by female author show longer distance traveled, minimal bounding proves that they move about the same place, thus has higher numeric value for distance but has limited roving. 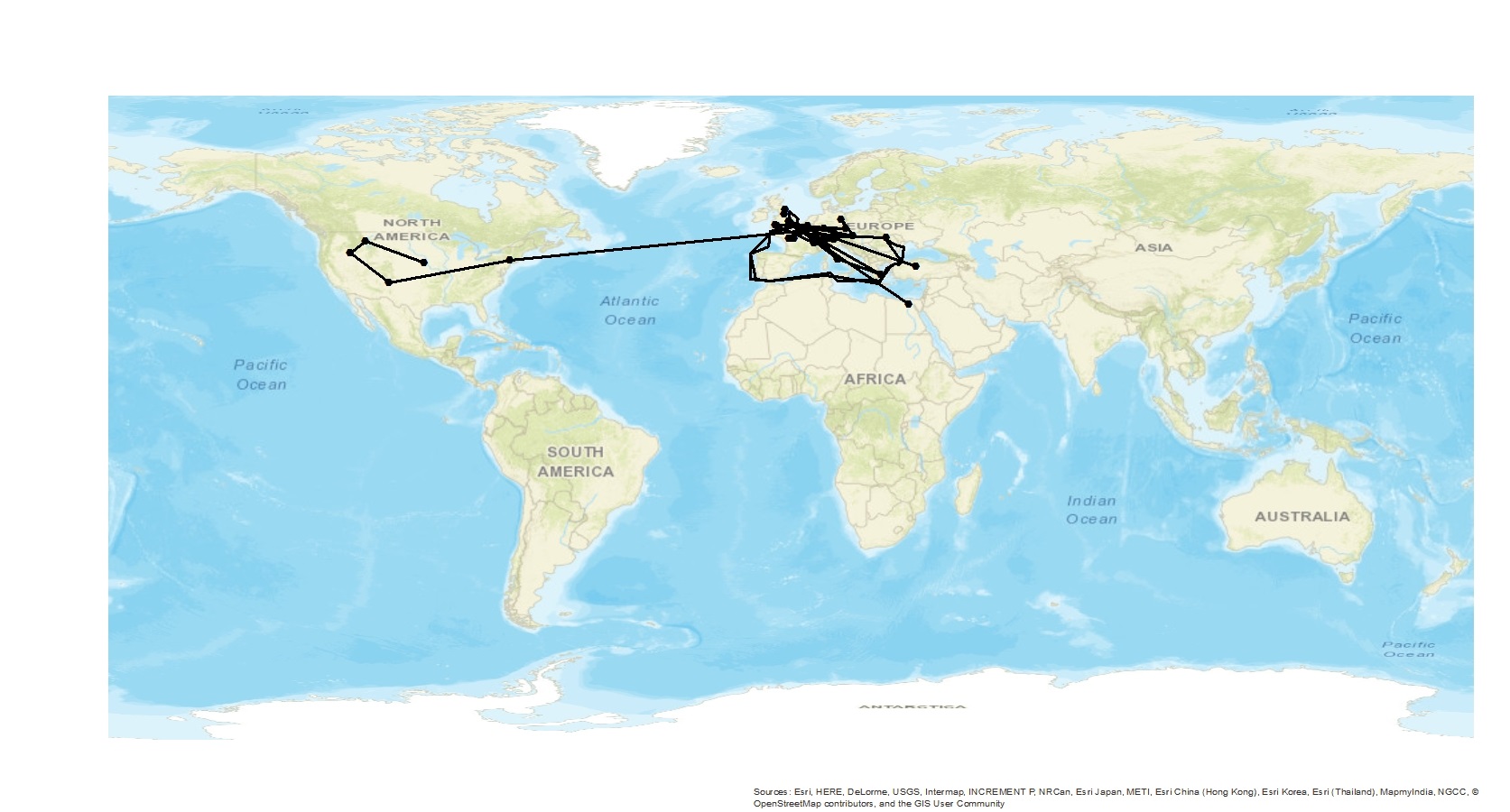